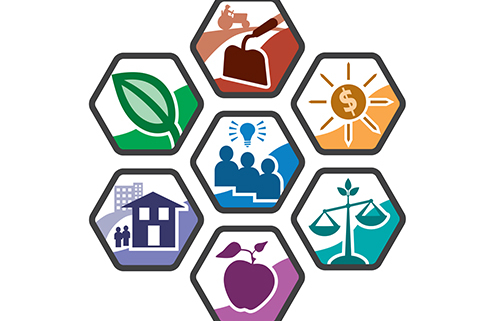 Cities are largely dependent on the rural areas for food. Unwittingly, they usually are the final and most important component of the complete city food system. In a nutshell, the food system is simply  an economic system, that facilitates  production, aggregation, processing and distribution of food to city dwellers; with proceeds flowing back through the value chain actors’ and even further  back to input manufacturers. However, it is much more complex than that it seems. It has effects on soil structure, fertility and water-holding capacity; resilience to climate change, crop, animal and human productivity; food security, health and biodiversity; social capital, employment generation, gender; and general national development. It is therefore apparent, that it transcends geopolitical relationships, politics, governance, social and cultural aspects.

The demand for affordable foods in the cities grows at the rate of population growth modulated by changing tastes and cultural diversity. There is also a  similar increase in enterprises to meet this demand, driven by desire for profit.  These enterprises span across the provision of needed inputs and equipment, through aggregation transport and distribution to the consumer industry of retailing and restauranting.

Opportunity for gain abounds, since people must eat. In modern times, interest to make money has overridden core needs of sustainability, health, fairness and care. The consequences are manifest in depleted and poisoned soils, loss of biodiversity, exponential increase in non-communicable diseases,  oppression and exploitation of the producing communities and urban poor.In their current state, city food systems are not sustainable and are failing to meet food and nutrition needs for all.

Increasing demand for food is linked to greater, intensified and extensive  use of synthetic agricultural inputs. Ultimately Modern farming has  been equated to desertion of nature for production needs. It does this at a high cost to the environment and resultant loss of resilience among the poor.  The cost of biodiversity loss or for ecosystems services is not met by the current system. Approximately 60% of the ecosystem services examined in the Millennium Ecosystems Assessment are being degraded or used unsustainably (Millennium Ecosystem Assessment – Synthesis, 2005).  Finally, nature has started to fight back. Now even FAO has recognized the need for “production intensification through ecosystem management” (Plant Production and Protection Division, www.fao.org/ag/AGP). That ideally, consumers should care about what they eat is produced, how safe and nutritious it is, has come as a revelation to many.

Despite this “revelation” agricultural production tends to follow the same old cue. It seems as if the only approvable model of agricultural production in the developing world must ape that in developed world – meaning greater intensification and mono-cultural production dependent upon stronger push for more synthetic input. It is thus easy to predict the outcome. With nature fighting back, more inputs must be made available for less production until vast portions of hitherto productive land lies in waste. Examples abound globally and locally.

REPORT LAUNCH - PESTICIDE USE IN KIRINYAGA AND MURANG’A COUNTIES: A WAKE UP CALL FOR BETTER PEST…

Organic Shift: Why We Should All Care

Much Ado About Organic/ Organic Certification at a SnapShot 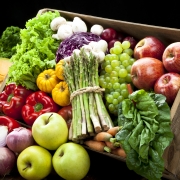 Health and Agriculture – The “Missing” Links

Tweets by KoanKenya
Health and Agriculture – The “Missing” Links